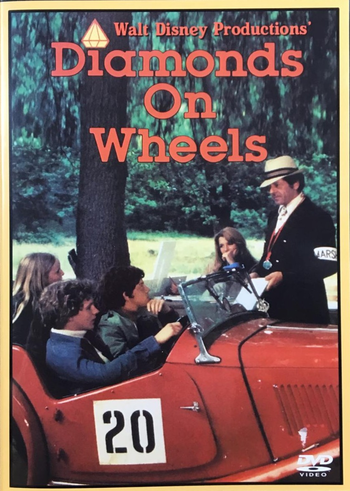 After a diamond heist in London, one of the criminals double-crosses the rest of the gang and steals the diamonds. He hides the diamonds in the seat of his MG TC sports car. After leaving London, he is killed in a car crash and his wrecked car ends up in the local junkyard. Three teens buy the seat to install in their own MG that they are restoring. The rest of the crooks eventually track down the wrecked car and, after deducing that the diamonds must be in the seat, go after the teens while they are competing in a 24 hour rally.