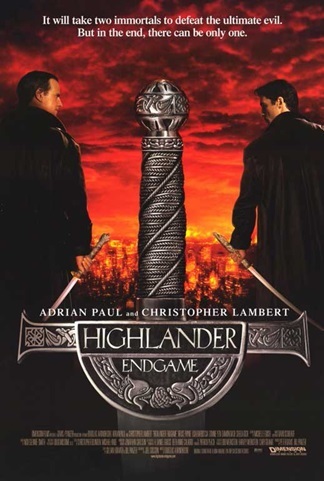 The fourth Highlander film, and the first one to Crossover with the television series, starring the former's protagonist Connor MacLeod (Christopher Lambert) and the latter's protagonist Duncan MacLeod (Adrian Paul).

An enemy out for revenge from Connor MacLeod's past starts causing trouble, and he must team up with his cousin Duncan to stop him.

Donnie Yen notably had a role as Jin Ke, an Asian Highlander, besides serving as martial arts choreographer.