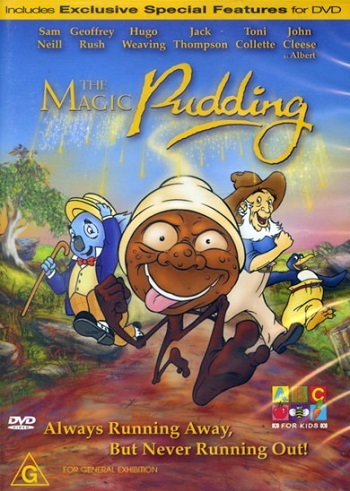 The Magic Pudding is a 2000 animated film produced by the Australian Broadcasting Corporation and directed by Karl Zwicky. It is based on the children's story of the same name written by Norman Lindsay. The movie tells of the journey taken by a young koala, Bunyip Bluegum, to find his missing parents and how along the way he is joined by three interesting individuals: Bill Barnacle, a wise but rough and hot-tempered seaman; Sam Sawnoff, a calm, compassionate talking penguin; and of course the titular character himself, Albert the Magic Pudding.

Tropes seen in The Magic Pudding include: