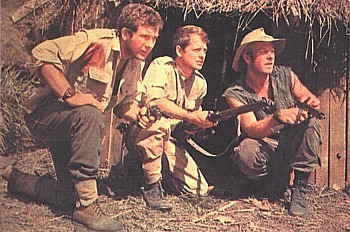 Spyforce was an Australian TV series produced from 1971 to 1973, based upon the adventures of Australian Military Intelligence operatives in the South West Pacific during World War II.

The series centres on the action and adventures of lead actor Jack Thompson's character Erskine, and his main support character, Peter Sumner's Gunthar Haber. The two are part of an elite unit of special operatives, the Special Intelligence Unit, and their adventures are loosely based upon those of the real Services Reconnaissance Department who often operated behind Japanese-held lines during the war.