Film / X: The Man with the X-Ray Eyes 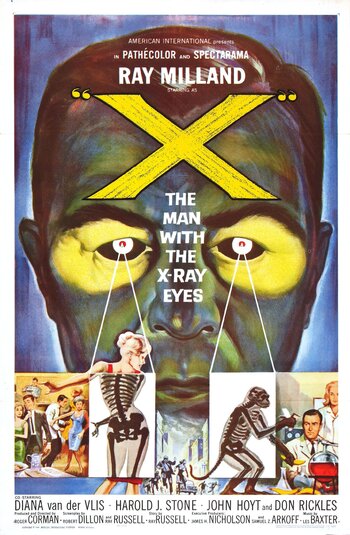 X: The Man with the X-Ray Eyes is a 1963 Sci-Fi Horror film produced and directed by Roger Corman and starring Ray Milland, as well as Don Rickles in a rare non-comedic role.

Milland plays Dr. James Xavier, a man obsessed with expanding the range of human sight who resorts to experimenting on himself when his research is due to be defunded. His experiment works, and soon, he is able to see far outside the human spectrum, even through matter itself. The problem is, eventually he finds he cannot stop seeing...