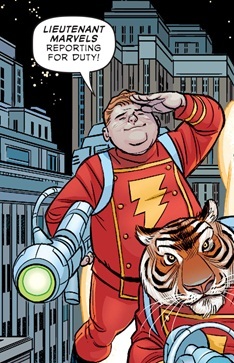 Basically, the tendency of heroes and villains to have names that start with Captain, Major, General, Sergeant, etc., especially when it's doubtful that the character even has that military rank. Or has even been in the military.

Super-Trope of The Good Captain and Captain Superhero. Related to Colonel Badass.