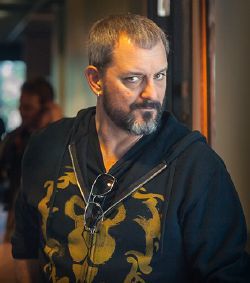 He is one of the chief creative minds behind the universes and scripts of Blizzard Entertainment's major video game franchises, Warcraft, Diablo and StarCraft, and voiced several characters in them, including Orc Chieftain Thrall in WarCraft and World of Warcraft, as well as High King Varian Wrynn, Ragnaros the Firelord and numerous others in the latter's expansions.

He also worked on Justice League Task Force in the 1990s, and provided the vocals for Bastion in Overwatch and voiced the Marine unit in StarCraft and its sequel.

Formerly the Senior Vice President of Story & Franchise Development at Blizzard, Metzen retired in September 2016, though he continued to perform as a voice actor for characters in his old company's games, as well as other works such as The Dragon Prince. However, he reintegrated the company's creative teams for World of Warcraft in 2022.