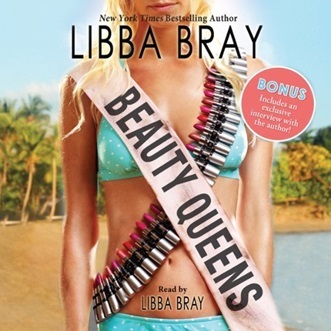 “Maybe girls need an island to find themselves. Maybe they need a place where no one’s watching them so they can be who they really are.”
—Mary Lou Novak

Beauty Queens by Libba Bray is a story brought to you by The Corporation.

A plane of Beauty Contest contestants crash-lands on an uncharted island, where only a dozen women out of 50 survive. Along the way, they meet a bunch of guys pretending to be pirates (on a TV show brought to you by The Corporation), go insane and learn to survive. A Satire of the media and consumerism.