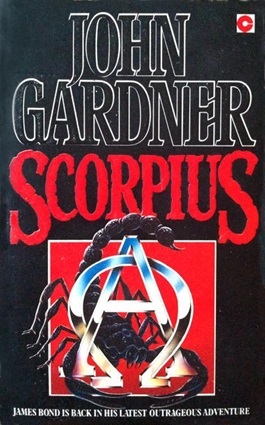 The seventh James Bond novel by John Gardner, published in 1988.

It comes to light that a cult called the Society of the Meek Ones is actually a cover for Vladimir Scorpius, an infamous gun-runner who is yet to be apprehended for his crimes. Bond is sent after him, and the chase soon develops desperate tones as Scorpius' Meek Ones start committing suicide attacks on important political targets.