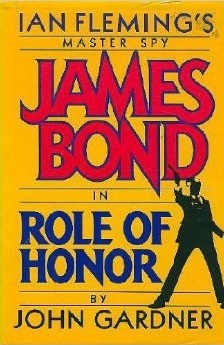 The fourth James Bond novel by John Gardner, published in 1984.

Under orders from MI-6, Bond resigns from his work under pretense of corruption. He is then sent to infiltrate a company run by ex-military computer technician who is suspected for several daring robberies. This leads to the uncovering of a conspiracy against many a nation.