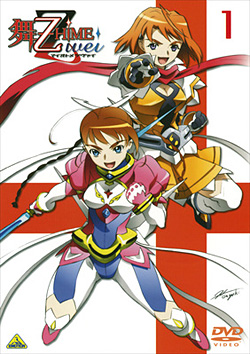 A four-episode OVA sequel to My-Otome, taking place exactly one year after the original, in which Arika, Mashiro, and Nina battle ancient superweapon Yuna to protect the world.

Until the fourth and final episode was released (on August 24), most forum threads dedicated to this series had been filled Epileptic Trees of various degrees of plausibility. But it seems that the actual episode only muddled the waters in the shaky continuity-discontinuity relationship between My-HiME and My-Otome even more.

It remains to be seen whether the follow-up, a prequel series named My-Otome 0~S.ifr~, will be of any help. And now they're throwing characters from the Mai-HiME Destiny spin-off novels into the equation...