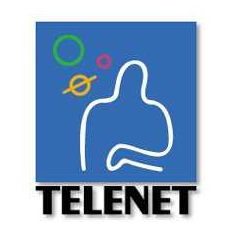 Telenet Japan was a video game company incorporated in 1983 and dissolved in 2007, and during much of its history produced little of importance. Yet for a few years in the early 1990s its output was incredibly prolific, and it even managed to distribute some of its titles in the U.S. to acclaim. Telenet helped popularize anime-style cutscenes in video games.
Advertisement:

Telenet in its heyday maintained many subsidiary divisions; the most famous of these subsidiaries was spun off, reacquired and was ultimately absorbed into Bandai Namco Entertainment. Telenet in its decline mainly released mahjong games, parlor games, and golf games (which they had a curiously long history with). In 2006, Telenet made the dubious move of licensing several of its classic titles for H-Game adaptations, which failed to pull Telenet out of its financial rut, as they would file for bankruptcy in 2007. Since then, their miscellaneous IPs from both Telenet and Wolf Team would be distributed to different companies. First Sunsoft in 2009, then it would be transfered to City Connection, and finally Edia would obtain the rights as of 2020.

Starting out as the development team responsible for some of Telenet's earliest hits on the PC-88, Wolf Team became an independent company in March 1987. Telenet retained a stake in Wolf Team, and brought the company back under its wing in July 1990. Wolf Team released many strategy games and visual novels for the PC-98, ports of 1980s laserdisc games for the Sega CD and RPGs for various systems, but their most distinctive titles were their action games on the Sharp X68000 and Sega Genesis.

By the time Wolf Team was beginning to develop the ambitious project that became Tales of Phantasia, Telenet was already in decline and unable to finance its production. An outside backer was found in Namco, whose Executive Meddling drove several members of Wolf Team away to found tri-Ace. After the game proved to be a hit and legalities regarding Telenet keeping the Wolf Team developed IPs prior, they became almost totally focused on developing the Tales Series, with only one released game of theirs unconnected to it during that period.

There's a bit of morbid trivia about Wold Team founder Masahiro Akishino: He founded J-Force, a video game company in the early 90s. Sadly, J-Force was beset with financial problems and development delays as a result of taking too many projects at once and ran into trouble with its clients. In 1994, Akishino went missing, and the company subsequently fell into bankruptcy. Most of the employees went to join the recently founded Idea Factory. Akishino's whereabouts remain unknown to this very day.

In 2002, Wolf Team became Namco Tales Studio, jointly-owned but with Namco holding the majority interest; its subsequent history is not included in the list of games below.

Sin-Nihon Laser Soft was established in 1989, when Telenet became interested in developing games for the PC Engine CD and other console systems. The last releases to bear the Laser Soft name were the "Visual Collection" compilations of cutscenes from their Valis and Cosmic Fantasy games released in February 1993.

Renovation Game (also known as RENO, and not to be confused with Renovation Products) produced the majority of Telenet's games from around 1988, when Telenet was still mostly focused on Japanese home computers. Renovation Game was abolished in mid-1991, when Riot emerged as its direct successor.

Telenet's overseas subsidiary Renovation Products published many of their games for the Sega Genesis, Sega CD and Super Nintendo Entertainment System in the U.S. from 1990 until 1993, when it was sold to Sega and all further releases were cancelled. (The U.S. localizations of Telenet's TurboGrafx-CD games were published either by NEC Technologies or Working Designs.) Renovation Products also published a few Sega Genesis games which were not developed by any of Telenet's subsidiaries: