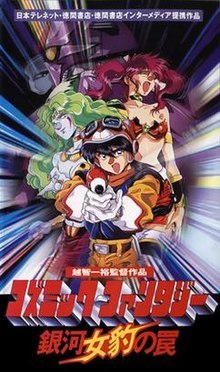 Like Sega's own RPG franchise Phantasy Star, Cosmic Fantasy combined anime presentation with a mixture of fantasy and sci-fi. However, by utilizing the CD format, CF was among the first such games to rely on fully animated and voice-acted cutscenes not unlike Nihon Falcom's popular Ys games or Game Arts' Lunar games.

It's also fairly notorious for being one strong case of No Export for You — only the second game ever saw a release outside Japan, thanks to Working Designs.