Film / The House That Drips Blood on Alex 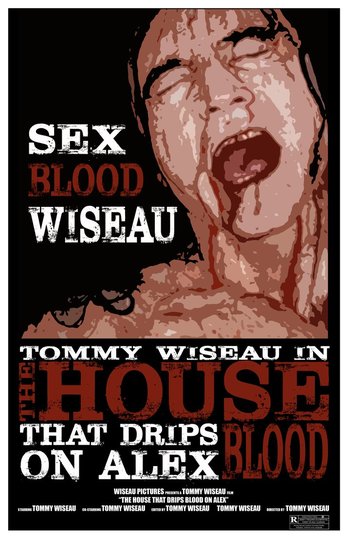 The House That Drips Blood on Alex is a horror comedy film that stars (though is not written) by Tommy Wiseau, who you probably remember from another film.

In a movie theater, two teenaged girls are watching a film, when a creepy man right next to them decides to tell them a story about a man named Alex who bought a house on "3 Blood Street" (it's pronounced "bluud".) from a shady contractor, and this house seems to drip blood on Alex.

The Tropes That Drip Blood on Alex: