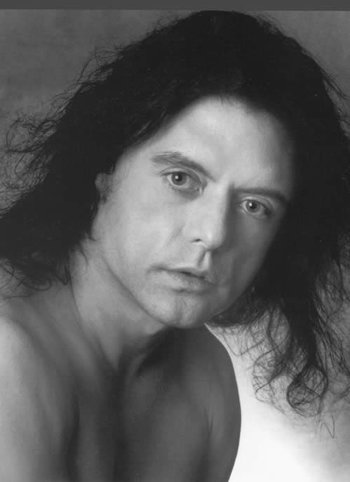 Oh hai, TVTropes.
"This play can be played without any age restriction. It will work if the chemistry between all the characters makes sense. Human behavior and betrayal applies to all of us. It exists within ourselves. You love somebody. Do you? What is love? You think you have everything, but you don't have anything. You have to have hope and spirit. Be an optimist. But can you handle all your human behavior or other's behavior? You don't want to be good, but great."
— Tommy Wiseau's script notes for The Room
Advertisement:

Thomas Pierre "Tommy" Wiseau (born Tomasz Wieczorkiewicz on October 3, 1955) is a Polish-American actor and filmmaker who is perhaps one of the most enigmatic people in Hollywood.

We only know his birth name, birthdate, and birthplace now thanks to Canadian documentarian Rick Harper, his 2016 film Room Full of Spoons and the lawsuit that Wiseau filed, supposedly in defense of his privacy, and which spectacularly backfired, forcing Wiseau to pay Harper about C$700,000.note Wikipedia did accept this information for a while, but they have now removed all this information (save for the lawsuit) from their article on him out of a belief that the film isn't reliable enough as a source. By means unknown, he made his way to California and sought to join the ranks of the Hollywood elite. The problem was that he proved to be completely unsuited for acting, but he nevertheless persisted in his quest for international fame.

And that fame came in the form of the 2003 film The Room. With incomprehensible dialogue, plot threads that appear and then disappear, and actors with varying degrees of enthusiasm, it was a movie that had no business being shown to an audience. And yet, by the grace of the right Colbert Bumps, it became one of the most celebrated films of its time (albeit for none of the reasons that Wiseau intended).

Much of the Troubled Production preceding the release of The Room — as well as key details about Wiseau's personal life — is recounted in the 2013 book The Disaster Artist by the movie's co-star (and Wiseau's close friend), Greg Sestero. In the film adaptation of the book, Wiseau is portrayed by James Franco.

To recap, a filmmaker whose looks are most charitably described as "homely" and whose level of filmmaking knowledge makes Ed Wood look like Federico Fellini somehow managed to independently produce a film that still plays in screenings to packed houses over a decade and a half later and became the subject of a Golden Globe-winning biopic.

He would later be forced by aliens to play video games in the web series The Tommy Wi-Show, direct, produce, write and star in the hulu series The Neighbors, and play the villain Linton Kitano in Samurai Cop 2: Deadly Vengeance. In October 2016, it was announced that he and Greg would star in a comedy thriller film called Best F(r)iends, with the release of Part 1 on March 30, 2018 and Part 2 on May 18, 2018. In early 2019, at a screening for The Room, a trailer was released for a new film project, titled Big Shark, which is about a shark attack in New Orleans. And this project appears to be genuine; according to Wiseau, the purpose of the teaser is to help Wiseau secure more funding. The film was supposed to come out in September 2019, but was delayed.

Surprisingly, Wiseau may also be One of Us. He's expressed interest in directing a major Hollywood blockbuster, notably throwing his hat into the ring to direct the initially-planned sequel to Fant4stic before it was removed from 20th Century Fox's filming schedule. More recently, he's offered to play in or direct movies based on DC Comics, Star Wars and Marvel Comics, even making an audition tape

for playing The Joker.

Tropes associated with this creator