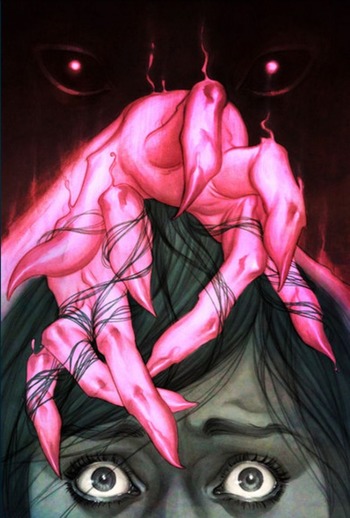 Never before has pink been so scary.
"What's scary to me at this point is the loss of control. Think of the power we give, the information we share with people who do not have our best interests at heart."
— Gail Simone, From an interview with Comic Vine

It tells the story of Chloe Pierce, a journalist whose fiance commits suicide after becoming involved with the works of a mysterious author.