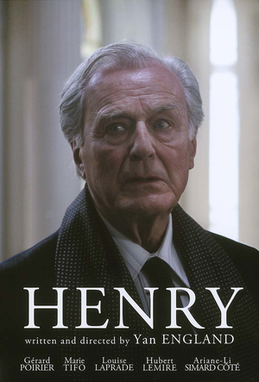 Henry is a 2011 short film (20 minutes) from Canada directed by Yan England.

An old man named Henry is playing piano in his home. He gets up and calls out to his wife Maria that he's getting something to eat. Cut to Henry sitting in an outdoor cafe, where a middle-aged woman chats pleasantly with him for a bit. This is interrupted by Henry noticing a mysterious old man, who tells him that "they" are out to get him and he needs to find his wife. Suddenly Henry is trapped in a reality-warping nightmare where people and places change unexpectedly and nothing is what it seems.

Compare The Father, a feature-length film with a similar narrative conceit.