Literature / The Yattering and Jack 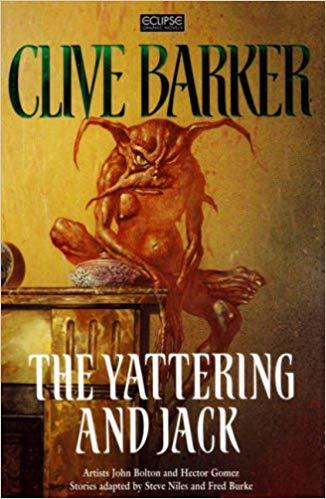 "The Yattering and Jack" is a short-story by Clive Barker, published in the first volume of Books of Blood in 1984. It tells the story of a man named Jack Polo who's house has a demon in it, the Yattering. The Yattering is out to get Jack but must obey certain rules. But whatever the Yattering tries to do, that damn Jack just rolls with it as if everything is fine!

While the story contains plenty of the trademark Clive Barker material, it was also an early example of his including some Black Comedy.

The story was adapted into an episode of Tales from the Darkside.

The Tropes and Jack: