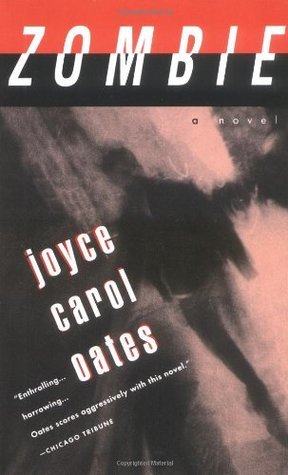 ...Almost any one of them would be a suitable specimen for a ZOMBIE. Except: you would want a healthy young person, male. Of a certain height, weight and body build etc. You would want somebody with "fight" and "vigor" in him. And well hung.
Advertisement:

Zombie is a 1995 horror novel by Joyce Carol Oates. Inspired by some aspects of the Jeffrey Dahmer case, Zombie tells the story of Quentin P. A socially awkward, sexually depraved serial killer. His goal throughout the book is to successfully create a mindless male sex slave, or "zombie". After researching lobotomy at the library, he tries it out on a few unlucky men, but he botches it each time, killing them. He becomes determined to get it right when he spots a teenage boy he nicknames "Squirrel". He is sure he will make the perfect sex slave and spends several weeks stalking him, planning his capture and preparing his home for the boys arrival.

The narrative is somewhat sporadic, jumping around in time and thought, giving the reader a window into the inner workings of the main characters mind.