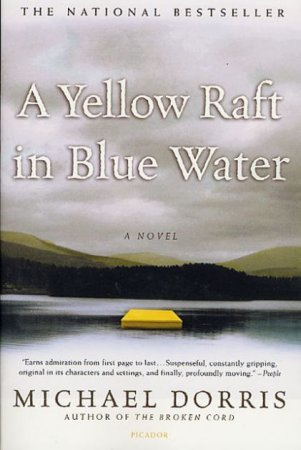 A Yellow Raft In Blue Water is a 1987 novel written by Michael Dorris that explores the lives of three Native American women. The first story is told by Rayona Taylor, the daughter of Native American Christine Taylor and Afro-American Elgin Taylor, with its story taking place in The '80s. The second is told by the mother Christine, with the backdrop of her story being The Vietnam War and the third is told by the mysterious Aunt Ida, with the backdrop of her story being World War II.