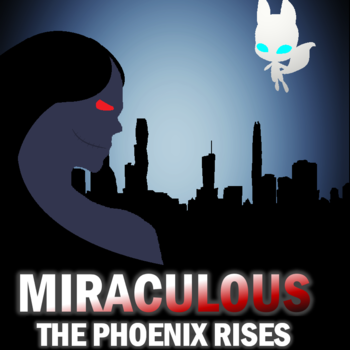 by Maykechi77 is an ongoing fanfiction of the French animated series Miraculous Ladybug. It began in June of 2021. Despite being set within the same universe, the story contains virtually no connections to the main series save for the use of Miraculouses and Kwamis.

It is the year 20XX, and things have taken a turn for the worse. Humanity has become exceedingly stupid through excessive advertising, fake news, and backwards school systems. All the while neither corporations, governments, the police or any form of authority figure is capable of correcting this, focusing more on PR and approval over the world's actual well being.

Enter Morgan François, an Ordinary High-School Student who, after being falsely convicted for stalking, is branded a pariah and exiled to the middle of nowhere. However, she soon Miraculously comes into possession of the Arctic Fox Miraculous. With this newfound power, she must fight off a mysterious villain terrorizing the area and unite with her newfound friends to stop him.