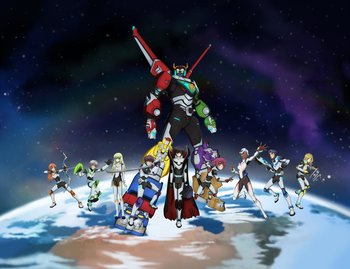 While exploring Lake Kawaguchi, the Ashford Academy Student Council discover a metallic blue lion, which takes them to the Castle of Lion on Planet Arus, where they meet the aliens Allura and Coran. Dragged into a war against the Galra Empire, the newly christened Paladins of Voltron must not only face this empire, but also one they are citizens of, back on their homeworld.

, Archive Of Our Own