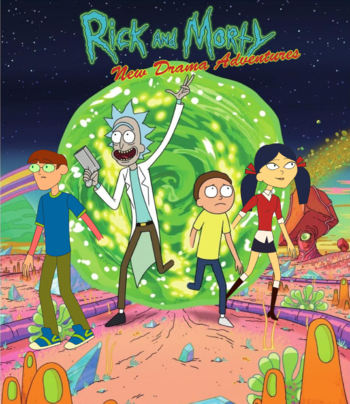 is a crossover fanfic between Rick and Morty and the Total Drama series made by CMR Rosa.

Morty Smith has always had a hard time making friends in school, and his grandpa Rick certainly didn't help any. All of that was about to change when one day, something extraordinary happened, something more unbelievable than all of his dimension-hopping adventures...he made some normal friends. Now Morty just has to worry about keeping them safe as they begin to get themselves wrapped up in all sorts of otherworldly mishaps and hijinks. Has a Archive of Our Own page

The story is ongoing.