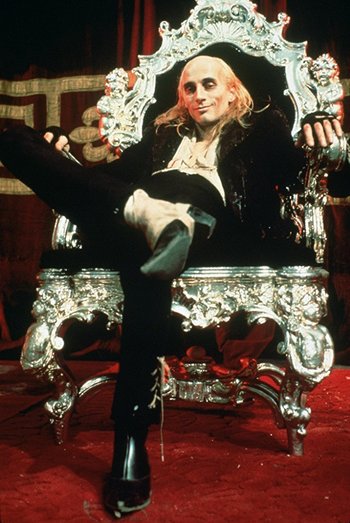 Richard O'Brien (born Richard Timothy Smith, 25 March 1942) is an English–New Zealand actor and writer best known for creating The Rocky Horror Show, a stage musical that was subsequently turned into the cult film The Rocky Horror Picture Show. O'Brien played the character of Riff Raff in both the original stage production and the film. He attempted to continue the success of Rocky Horror by penning a sequel. After several drafts, the script was ultimately filmed as Shock Treatment (which was not well-recieved at the time but has since gained a cult following of its own). A second sequel, Revenge of the Old Queen, never made it past the script stage.

O'Brien's other roles of note include Gulnar in Robin of Sherwood and Mr. Hand in Dark City. He is also known for hosting the game show The Crystal Maze.