Fanfic / Tails of the Old Republic 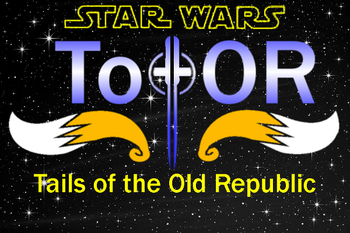 An adolescent Miles "Tails" Prower mysteriously awakens aboard the Republic capital ship, Endar Spire. Stripped of his memory and his possessions, the young Mobian must now come to terms with his new circumstances... and find his way home.

Still a work in progress.

For an image of Tails as (mostly) envisioned by the author, see Red Hot Fox Boy

Tails of the Old Republic contains examples of: