Western Animation / A Pest in the House 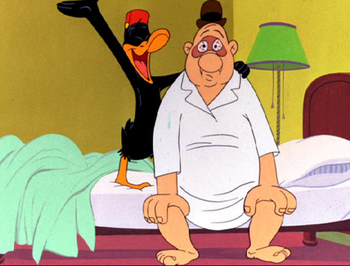 "A Pest in the House" is a 1947 Merrie Melodies animated short directed by Chuck Jones. In this cartoon, bellboy Daffy Duck is constantly waking up a large, short-tempered customer who wants peace and quiet, and he keeps taking his anger out on manager Elmer Fudd.

"A Pest in the House" provides examples of: