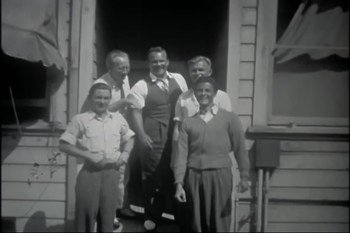 We all love the Looney Tunes and Merrie Melodies cartoon series, but it didn't get made overnight or from one mind—rather, it was the result of the collaboration of hundreds of staffers, directors, animators, inkers and others from the golden age and dark age of animation. While it might it be impossible to list every single person, this list will attempt to cover as many people as possible.