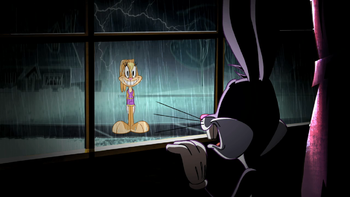 You're the reason I have to keep my shades drawn!