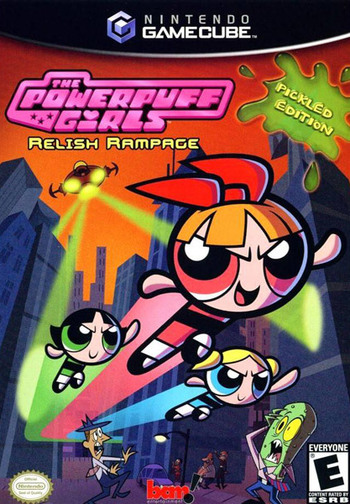 "Once you have been brined you will be a true pickle and together we shall rule the universe!"
Advertisement:

A 2002 Beat 'em Up based on The Powerpuff Girls for the PS2 and Gamecube.