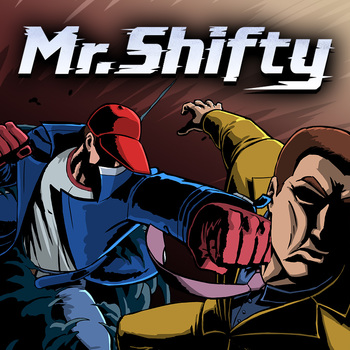 Mr. Punchy wasn't as cool of a name
Advertisement:

A top-down action game where you make your way through the heavily guarded Olympus Tower. Teleporting and punching his way past security, Mr. Shifty's goal is to find and steal the mega-plutonium before Chairman Stone uses it as a weapon against the world.

In Mr. Shifty, you teleport around guards and deadly traps, making your way across 23 levels. It is available on PlayStation 4, Nintendo Switch, Xbox One, and Steam.