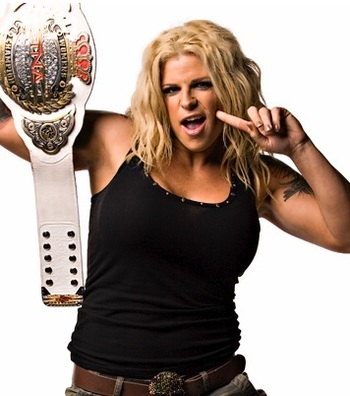 During one of her four reigns as TNA Knockouts Champion

Jessica Nora Kresa (born June 6, 1978) is an American Professional Wrestler and entrepreneur known as ODB. She debuted in 2001 and wrestled for a variety of independents, primarily in the Midwest and South. She is best known for her time in TNA.

Along with her four reigns as TNA Knockouts Champion, she is a former (and the first-ever) SDW (Steel Domain Wrestling in Minnesota) Women's Champion

, a 2x, and the inaugural OVW Women's Champion