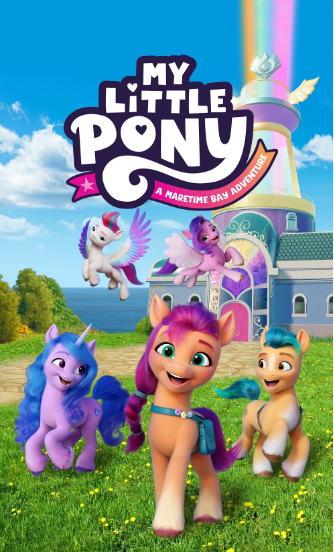 The game is about Sunny Starscout on a mission to put together the greatest friendship celebration Equestria has ever seen: The Maretime Bay Day Celebration. However, some mysterious saboteur is trying to ruin things. Explore Maretime Bay, interact with animals and friends, use Sunny's Earth Pony magic, play minigames, and accessorize with different costumes. All of Sunny's pals like Hitch, Izzy, and Zipp & Pipp will be there to lend her a hoof. Can you help Sunny find this mysterious party pooper and bring back the magic of friendship to Maretime Bay?