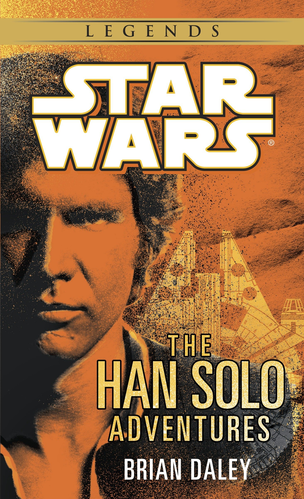 "I happen to like shooting first, Rekkon, as opposed to shooting second."
Advertisement:

The Han Solo Adventures are a series of Star Wars spin-off novels by Brian Daley, featuring Han Solo and Chewbacca in a time before they met Obi-Wan Kenobi and Luke Skywalker. They are among the very first original novels in the franchise, written when there was only one movie called Star Wars. Along with all the spin-offs of the time, they are now officially classed as "Legends".

Not to be confused with The Han Solo Trilogy, a separate series written some decades later by A. C. Crispin, although Crispin referenced these stories in hers (setting them during a Time Skip in the middle of Rebel Dawn, the third book of her trilogy).