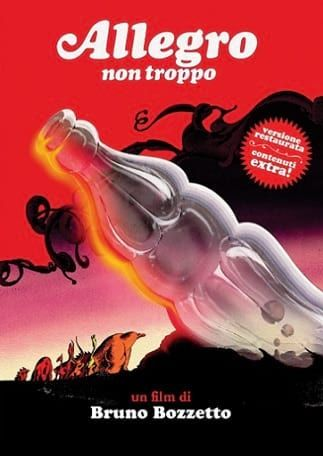 Pieces played in the film are:

Interspersed with the animation are black and white live-action segments narrated by the film's presenter (Maurizio Micheli) and featuring an escalating battle of wills between the orchestra conductor (Néstor Garay) and the animator (Maurizio Nichetti).note  Some versions of the film omit these segments and introduce the classical pieces with plasticine titles.

In this version of the Adam and Eve story, the snake consumes the forbidden fruit.

In this version of the Adam and Eve story, the snake consumes the forbidden fruit.