Western Animation / Dot and the Kangaroo 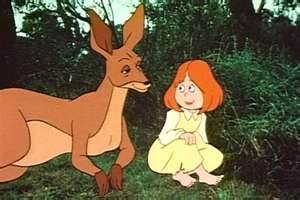 The Dot series is an Australian film series featuring animation placed over live-action backgrounds. The first film, Dot and the Kangaroo, was released in 1977. It was based on the posthumous 1899 novel by Ethel C. Pedley. The first film was an early success for Yoram Gross' studio and led to many sequels (diverging further and further from the original source material), with the last (Dot in Space) being released in 1994. The original film tells the story of a little girl who gets lost in the forest, but is helped by a kindly mother kangaroo.

Tropes in Dot and the Kangaroo:

Tropes the sequels have: