Film / Guess Who's Coming to Dinner 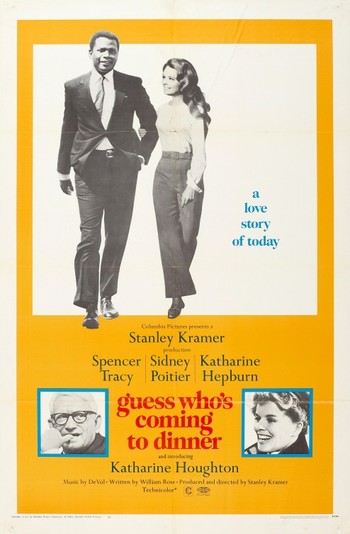 A 1967 American romantic comedy-drama film, directed by Stanley Kramer and starring Spencer Tracy, Katharine Hepburn and Sidney Poitier, about the struggles of an affluent and outwardly-liberal San Francisco couple coming to grips with the fact that their daughter is suddenly — as in after meeting him just ten days earlier — engaged to a widowed African-American doctor.

The film was the most successful of Kramer's films, and Tracy's last film. It was so successful that it even killed the old bugaboo of fearing the loss of Southern state cinemas for any film starring an African-American. It was remade (with a twist) in 2005 as Guess Who, with Ashton Kutcher, Bernie Mac and Zoe Saldaña.