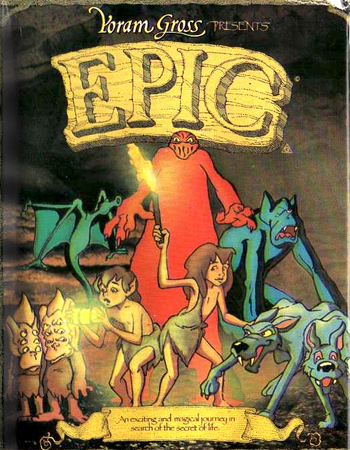 Epic (also known as EPIC: Days of the Dinosaur) is an Australian animated fantasy film released in 1984 also written and directed by Yoram Gross. Like previous Gross' works like Dot and the Kangaroo, the film is notable for mixing live-action landscapes and scenery with animated characters.
Advertisement:

Not to be confused with the identically titled 2013 animated film.