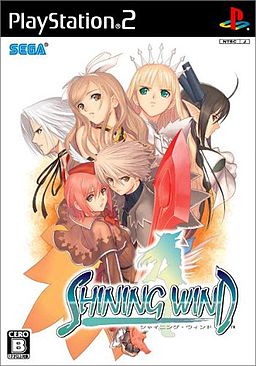 Shining Wind is a PS2 game, released in 2007. It is part of the Shining Series, and the sequel to Shining Tears.

It has an anime based on it called Shining Tears X Wind, which basically shows another part of the story. Like Shining Tears, the art is done by Tony Taka.

The game was never released outside Japan.