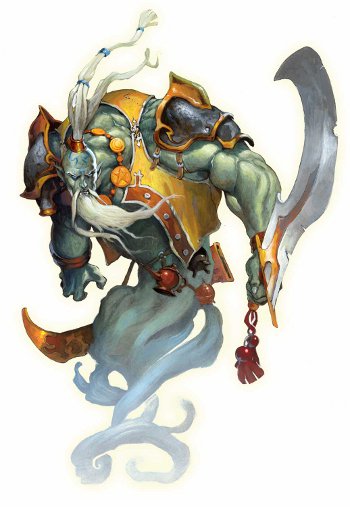 "I like drawing the Genie because then I don't have to worry about legs."
— Brian McLachlan
Advertisement:

Perhaps a combination of Partial Transformation and Super Smoke or a general characteristic of beings that aren't of this Earth, including but not limited to genies and ghosts. Characters with fog feet operate as if they have a full anatomy, but some portion of their lower body is invisible or insubstantial.

Compare and contrast Invisible Anatomy. For the trope where feet are blurred due to speed, see Wheel o' Feet. If your Humongous Mecha trades anthropomorphic silhouette for mobility see Hover Mecha or Hover Skates.

The ghosts have tails instead of feet and Luigi can grab onto them with the Poltergust to suck them up.

The ghosts have tails instead of feet and Luigi can grab onto them with the Poltergust to suck them up.