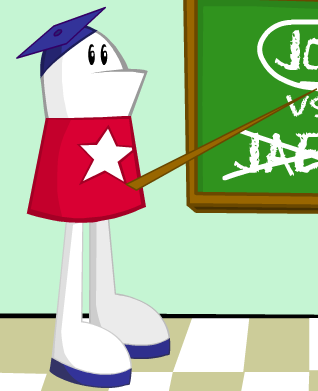 Many animated characters, especially Funny Animals, are missing certain anthropomorphic features- perhaps the art style is stylized to the point where hands lack fingers, some characters simply don't have arms, or nobody is of a species that has appendages.

This will not impact their functioning in any meaningful way—they interact with the world as any fully-abled human would, as though the missing elements were simply invisible. Salt shakers and boxing gloves will simply float in midair by their torso, dumpster lids will spring open in their presence, and they'll hover next to the pull-up bar.

Not to Be Confused with Barbie Doll Anatomy.