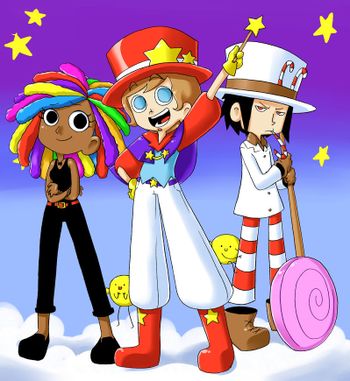 is a webcomic by loverofpiggies about a world where everyone can use magic. Except the main character, whose lack of magical ability has proven her unemployable and gotten her kicked out of her parents' house. Desperate for a job, she becomes the assistant to Wallis Gloom, famous magician. But she soon finds out that Wallis isn't quite how she always pictured him. And then there's the matter of his previous assistant...

You can find the comic here

on Smackjeeves (always up to date) and here

on Webtoons (a few chapters behind). After the former had a format revamp, it stopped updating there and moved here