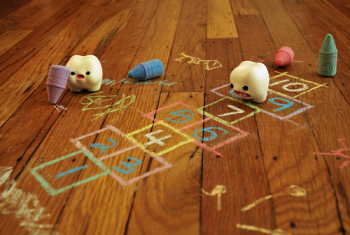 is a Photo Comic by Inhae Lee. Its characters are two animate baby teeth that have returned to live with Inhae. These tiny, childish teeth have many adorable adventures around Inhae's house and outside, such as opening the mail, searching for pennies in the couch, and going trick-or-treating.