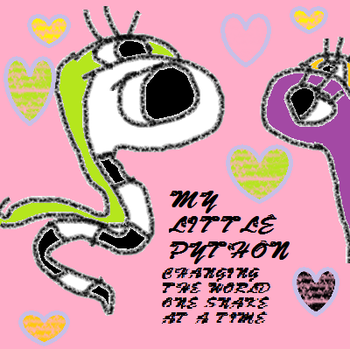 is a webcomic about cute kid-like snakes living cute kid-like lives. At the same time, it sneakily introduces facts about snakes to its target audience of kid readers. That's it. Sometimes it has a plot, sometimes it doesn't. And yet it's oddly pleasing. As of 2020, the website has been taken down and the comic is no longer accessible.