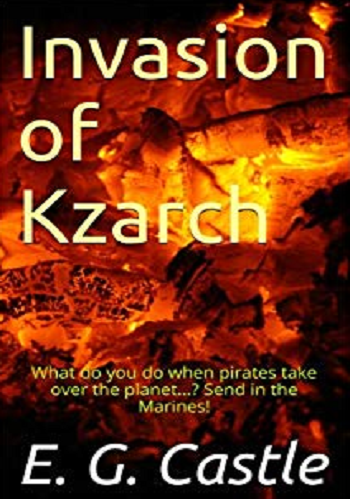 Before they even arrive, however, they get ambushed; and things only go downhill from there. Instead of scouting out a pirate ship sighting, the marines find themselves thrown headlong into a messy guerrilla war with a numerically superior foe, without air support, and their only help Kzarch's rather amatuerish army (To be fair, they're gaining experience fast.).
But they'll get the job done. They're Marines.

Invasion of Kzarch contains examples of: