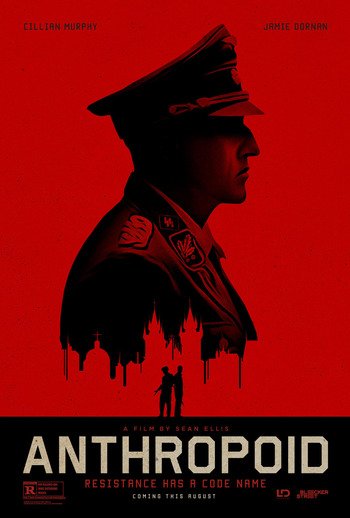 "I believe what London is asking is this: Is Czechoslovakia still ready and willing to resist Nazi Germany?"
Advertisement:

Anthropoid is a 2016 historical thriller about the real life Operation Anthropoid during World War II: a plot by the Czech resistance (with support from the Czech government in exile in London) to assassinate the Reichsprotektor Reinhard Heydrich, head of the Nazi occupation of the Czech territories, in Prague.

See also and compare Hangmen Also Die! (1943), Hitler's Madman (1943), Operation Daybreak (1975) and The Man with the Iron Heart (2017), all about the same historical events. The latter has a biopic focus on Heydrich's life and was released mere months after Anthropoid.