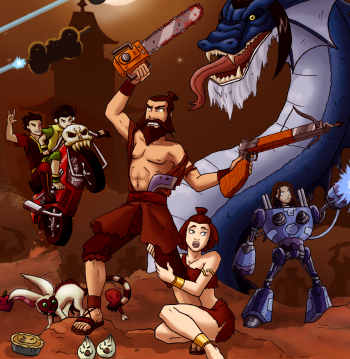 The only element Wang Fire bends is the element of surprise! (Source)