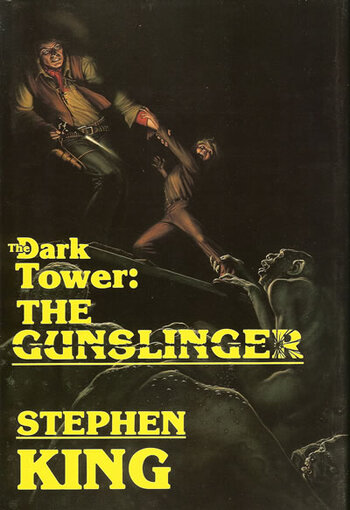 "The man in black fled across the desert, and the gunslinger followed."
Advertisement:

The Gunslinger is the first book in The Dark Tower series.

The story opens with The Gunslinger Roland Deschain trekking across a desert that appears to be in the Old West but may actually be our own world in the distant future. Flashbacks tell a High Fantasy tale of Roland's childhood.

Followed by The Drawing of the Three.

The Gunslinger provides examples of the following tropes: