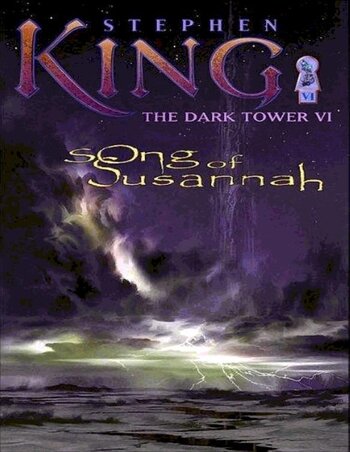 Preceded by Wolves of the Calla.
Advertisement:

Song of Susannah is Book VI of Stephen King's Epic Fantasy series The Dark Tower. Pressed for time, Callahan, Jake, and Oy are hot on Mia's trail as she manipulates Susannah into dimension-hopping to New York in the year 1999. Can they prevent Mia from giving birth to The Chap who will help his father, the Crimson King, destroy the Dark Tower?

Meanwhile, gunslingers Roland and Eddie travel to 1977 Maine in search of bookstore owner Calvin Tower, and end up meeting Stephen King himself.

Song of Susannah provides examples of the following tropes: