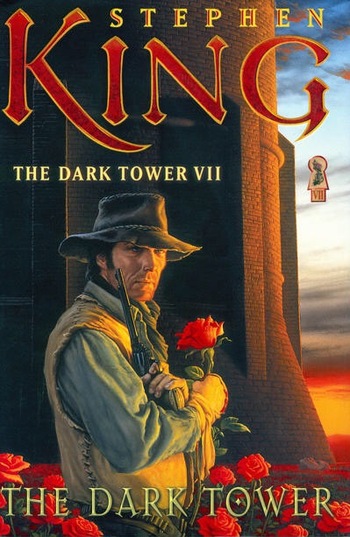 Preceded by Song of Susannah.

The Dark Tower is the last book of Stephen King's Epic Fantasy series The Dark Tower. It marks the end of the main series, at least in novel form. Mia forces Susannah to birth the demon child, Mordred Deschain, and Anyone Can Die as Roland finally takes his last steps towards the Dark Tower itself.

Followed by the interquel novel The Wind Through the Keyhole.

The Dark Tower provides examples of the following tropes:

"The Man In Black fled across the desert, and the Gunslinger followed."