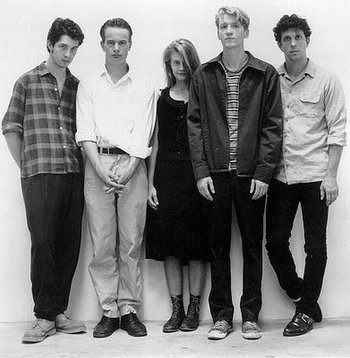 Circa 1989. Left to right: Victor Krummenacher, Greg Lisher, Morgan Fichter, David Lowery and Chris Pedersen.
Camper Van Beethoven is an eclectic American Alternative Rock band from Santa Cruz, California, whose output mixes elements of Country Music, Ska, Punk Rock, and Folk Music. They are best known for their 1986 single "Take the Skinheads Bowling." Their lead singer, David Lowery, would go on to form the band Cracker — who would have a mainstream hit with "Low" — in The '90s.